For over a century, and although generations have succeeded one another, the group's business and values have remained the same.
Entrepreneurial spirit, a taste for challenge, respect for the client, mastery of quality standards are all values set in leitmotif.
This is what makes SBF today one of the pioneer companies in its sector in Tunisia with an international reputation.

SBF represents the construction industry (Construction and public works) on the national market. The organizational methods of the Bouzguenda Frères Company as a “General Entrepreneur”, its risk management strategy and its full respect for budgets and deadlines, allow it today to be among the best construction specialists in Tunisia and in some countries in Africa.

Being aware of the importance of soil conditions in several Tunisian regions, and concerned about ensuring their autonomy in this area, the leaders of the SBF group have decided to create a subsidiary, Foundations and Special Works, specializing in the work of deep foundation and special foundations.
FSW was created in 1997. In a few years, this company has established itself in the construction landscape by carrying out several works of a good technical level, in total compliance with quality standards and deadlines.

Being deeply involved in housing, which represents part of its annual activity, SBF works as a general contractor with private or public developers and participates as a real-estate developer in the marketing of new products.
Since 1990, the SBF Group has created two subsidiaries specializing in real-estate development , El Hédi then El Ikama …

Being located about thirty kilometers of the south of Tunis, the SOMATP quarry extends over a large land reserve. Its products addressed to professionals in :

Being aware of the impact of this activity on the environment, the Group has implemented a large-scale renovation and upgrade program for its equipment …

A story in motion

It dates back to the end of the 19th century with the establishment of Bouzguenda Company.

Ahmed Bouzguenda started his own Company in 1930, later, in 1960 his eldest son Mohamed took over the company. He was joined in 1970 by his brother Abdelaziz from which SBF took its name and its current legal form.

For over than a century, SBF group has greatly developed from a small local company to an integrated and international group. Its evolution is marked by the creation of specialized and complementary subsidiaries, allowing the Group to develop skills acquired in various construction and building trades. 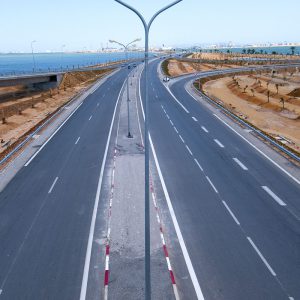 Bouzguenda Frères combines the strength of a group with several years of experience and the responsiveness of a network of complementary companies.

Thanks to the complementarity of its subsidiaries, the know-how and the wealth of its people, the Group intervenes, in Tunisia and abroad, in all construction segments: Roads and infrastructure works – Buildings – Hydraulic Works – Bridge – deep foundations …
With a turnover of more than 200 million TND in 2018, the Bouzguenda Frères Group is one of the Tunisian leaders in the sector of Buildings and Public Works with an international reputation.